Mining   Up on News   Project Update

Vancouver, BC - September 17, 2020 - Durango Resources Inc. (TSXV:DGO) (Frankfurt-86A1) (OTC:ATOXF), (the " Company " or " Durango ") is pleased to report that further to its news release dated September 11, 2020, the exploration team has discovered a northeast shear zone with a set of stacked quartz veins at surface within a brecciated zone on the Trove Property at Windfall Lake, Quebec .
Durango now has multiple prospective areas, in addition to the previous drill targets defined by Induced Polarization (IP), soil sampling and airborne magnetic surveys. The Trove Property is located along the structural trend hosting Osisko Mining Inc.'s (TSX-OSK) Windfall Lake Deposit and the new surface data helps to better define the location of the structure on the Trove Property. Approximetly two hundred metres (200m) of newly stripped outcrops perpedicular to the structure are slated for sampling and assay.
The newly discovered shear zone is two metres (2m) wide and running subparallel to the regional fault. Figure 1 below shows the brecciated metasediment and the associated quartz veins. The structural measurements will help to precisely orient the upcoming drill holes. The shear zone is 75 metres away from one of Durango's high priority drill pads on the Trove Property. The Company is in the final stages of targeting prior to commencing drilling on September 25, 2020. 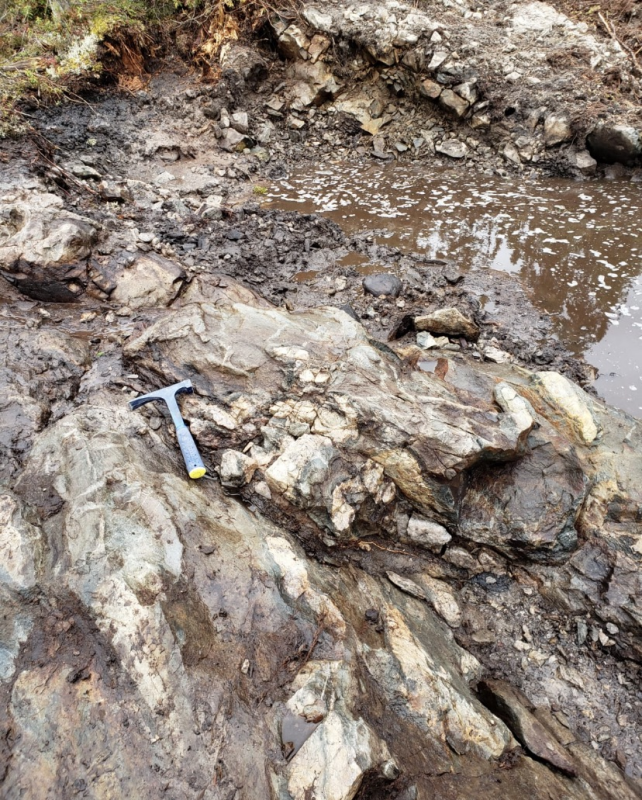 The Company hired Orquest Drilling Inc. (" Orquest ") to undergo its fall drill program at Windfall Lake. The program is planned for a minimum of 2,220 metres and up to 5,000 metres with 27 permitted holes. Orquest will be using a clean-tech modular drilling system by DrillCo, which is the most environmentally friendly drill on the market. The DrillCo platform offers: 30% savings in fuel and electrical power; 75% reduction in the number of hoses and connections to reduce possibilities of leakage and spills; reduced hydraulic hoses to landfill; an air cooled system for reduced water consumption; and no discarded filters due to magnetic filtration systems.

Marcy Kiesman, CEO of Durango, stated, "Durango is proud to be using a new advanced drill system which offers financial savings, operational advantages and environmental responsibility. The ground work at Windfall Lake is ongoing and our exploration team has been continuously discovering important geological indicators pointing to the significance of the upcoming maiden drill program. We congratulate the geological team on their discovery of sizable shear zone, with multiple instances of quartz veining at surface. Durango is fully financed and looks forward to continue drilling into the winter, if warranted."

The technical contents of this press release were approved by George Yordanov, professional geologist, an Independent Qualified Person as defined by National Instrument 43-101. The Trove Property has not yet been subject to an NI-43-101 report. 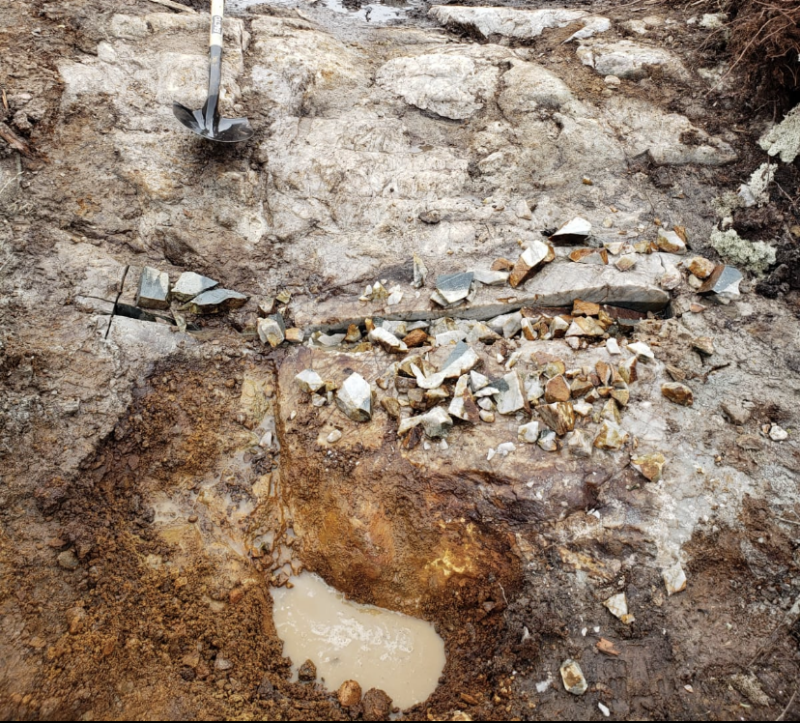 Durango owns 100% interest in the Trove claims, which are surrounded by Osisko Mining Inc. (TSX: OSK), in the Windfall Lake area between Val d'Or and Chibougamau, Quebec. The 1,185 hectare property is compelling due to the coincidence of gold found in tills coinciding with magnetic highs, several Induced Polarization anomalies and two faults crosscutting the property. The fault systems north and south of the Trove, control gold mineralization elsewhere, indicating the Trove has excellent exploration potential. Durango received all the final drill permits for the Trove property and is ready to undertake its inaugural drill program.

Durango is a natural resources company engaged in the acquisition and exploration of mineral properties. The Company is positioned for discovery with a 100% interest in a strategically located group of properties in the Windfall Lake gold camp in the Abitibi region of Quebec , Canada.

For further information on Durango, please refer to its SEDAR profile at www.sedar.com .

Email: This email address is being protected from spambots. You need JavaScript enabled to view it.

Such statements and information are based on numerous assumptions regarding present and future business strategies and the environment in which the Company will operate in the future, including the price of minerals, the ability to achieve its goals, that general business and economic conditions will not change in a material adverse manner, that financing will be available if and when needed and on reasonable terms. Such forward-looking information reflects the Company's views with respect to future events and is subject to risks, uncertainties and assumptions, including those filed under the Company's profile on SEDAR at www.sedar.com . Factors that could cause actual results to differ materially from those in forward looking statements include, but are not limited to, continued availability of capital and financing and general economic, market or business conditions. The Company does not undertake to update forward-looking statements or forward-looking information, except as required by law.